Photo by Chris Factor of Fly Fishing Women of MN
Two of the reasons this class is such a great value in fly fishing instruction are the quality and number of our instructors. We average an instructor-student ratio of roughly 1:3 - one instructor for every three students.

Most of these people have 20+ years of fly fishing experience. Several have fished on two or three, even four continents. Many have fished in both fresh and salt water - for nearly any species you can name.

All of them have a passion for the sport. They bring their passion to this class, where you benefit from their years of experience and their wide range of expertise. 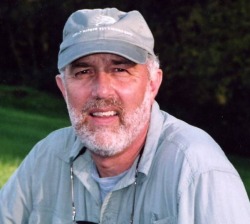 Lew is often called the glue of the club. He is a founding member of the Minnesota Fly Fishers and was its first newsletter editor. He's been hosting the Fly Fishing Basics class since its inception. And if that isn't enough, he's a zen master with a nymph and a soft hackle in a two-fly rig. 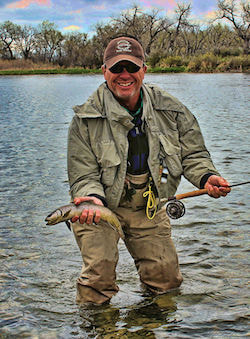 Ed first came to the Minnesota Fly Fishers through this class in 1990. In 1995 he began a four year run as President of the club. He followed that with a long stint as Newsletter Editor. These days he serves as our webmeister and handles our Facebook presence. As for fishing cred, he's content just to get out on the stream as often as he can. 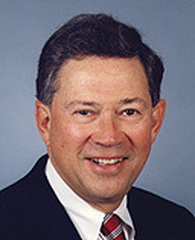 Lee is a semi-retired eminent domain attorney in Minneapolis. More importantly, he's our gadget guru. He knows more about all the equipment out there than any three of the rest of us. Lee's passion is fly fishing travel in general, and salt water fly fishing in particular. 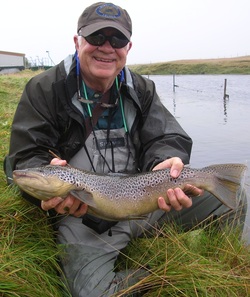 Bill is a retired department head of the Aerospace Engineering & Mechanics department at the University of Minnesota. He's fished on several continents, including the legendary chalk streams of Merry Old England. He serves as one of our roving casting instructors during the outdoor casting sessions and offers numerous insights on fly selection between classroom sessions. 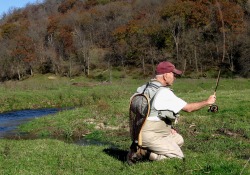 Jack is a true renaissance man of fly fishing. He's a consummate fisherman, fly tyer, painter, and writer. Jack is a retired newspaper copywriter, and served as MFF Newsletter Editor for several years before turning his duties over to pursue his painting. Here's a recent newspaper article featuring Jack. 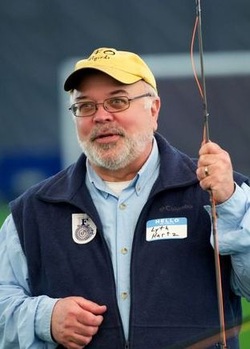 Lyth is another of our FFF Certified Casting Instructors. He's an active member of the Lew Jewett Chapter of the International Federation of Fly Fishers. He has fly fished in streams, rivers, lakes and salt water for over 30 years. When not conducting casting classes or fishing, Lyth is the President of Midwest Special Services, Inc., a Saint Paul based non-profit agency that provides employment and training services to adults with disabilities. 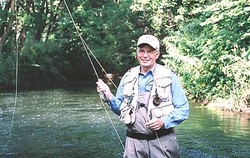 John is a newly retired member of the U.S. House of Representatives, representing Minnesota's 2nd Congressional District. That's also him in the photo at the top of the page, teaching the finer points of casting to a group of students. John is one of a handful of Federation of Fly Fishers Certified Casting Instructors in Minnesota. He has an innate teaching style. As such, we're privileged to have him instructing with us each year. 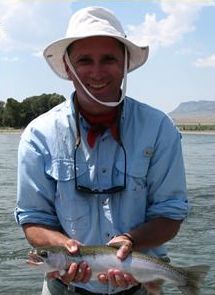 Rick is another class graduate to move on to the position of Club President. Rick is a writer, magazine editor, and world traveler who just happens to have Wisconsin's Willow River wired! 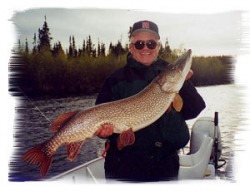 Brian is also a founding member and past President of the Minnesota Fly Fishers. He's a semi-retired Minneapolis Public Schools teacher. As such, he's a naturally gifted instructor who also happens to be one of the best fly casters around. He spends a lot of time these days chasing smallmouth bass on the Mississippi. 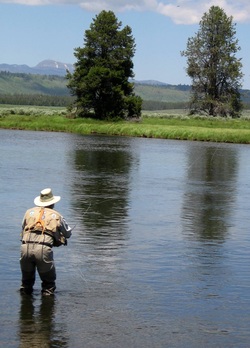 Tom routinely handles the class segments on fly reels and on safety. He's a former Red Cross Certified First Aid Instructor and knows his way around the streams of SE Minnesota and Western Wisconsin, to say nothing of the Henry's Fork in Eastern Idaho (where he's shown here, stalking a wiley rainbow). 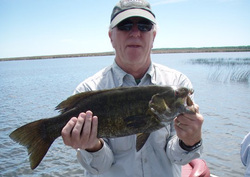 Dick is a retired public school principal. Now that he's not wrangling kids anymore, he wrangles smallmouth on the Mississippi and elsewhere. A great fly caster, Dick pitches in with coaching students during the outdoor casting sessions. 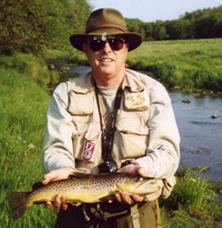 Bob left his work-a-day life as a print media professional behind a few years ago. Good thing, because his true passion is chasing trout. This is evident from the name of his weekend hobby-business, Troutchasers Inc., Bob is a student of SE Minnesota and fishes or guides in the region as much as he can. In fact, a few years ago he published a guide book on SE MN: Fly-Fishing for Trout in Southeast Minnesota ... a Troutchaser's Guide.

In Honor of Hugh Langevin 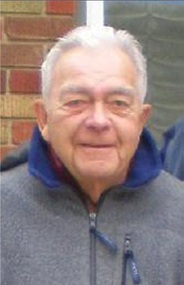 Hugh was another founding member of the Minnesota Fly Fishers. Over the years, he served as President, class instructor, and all around elder statesman. He was the inventor of the Hugh's Foam Popper fly, was a world class model airplane pilot in his youth, and once held the lodge record for Northern Pike (54") at an unnamed lodge in Northern Saskatchewan.

Sadly, we lost Hugh in May of 2019 at the age of 90. Those who knew him will remember a kind, gentle, generous soul. We miss him, but his spirit lives on in the words and actions of the Minnesota Fly Fishers.